The National Education, Health and Allied Workers’ Union [NEHAWU] notes with anger the decision by government not to pay salary increases to public servants that were due from the 01st April 2020 as part of the binding collective agreement signed in 2018 at the Public Service Co-ordinating Bargaining Council [PSCBC].

It is now crystal clear that government had no intention of honouring the agreement even after lying to our members and workers in a statement released by the Department of Public Service [DPSA] on the 31st March 2020 that they plan to honour the agreement. This non-implementation of the last leg of the agreement has infuriated our members who in majority are working in the frontlines of fighting COVID-19 in various healthcare facilities across the country, in other government services performing essential service work while other workers are staying at home obeying the restrictions of lockdown patiently expecting to receive their salary increase this morning. 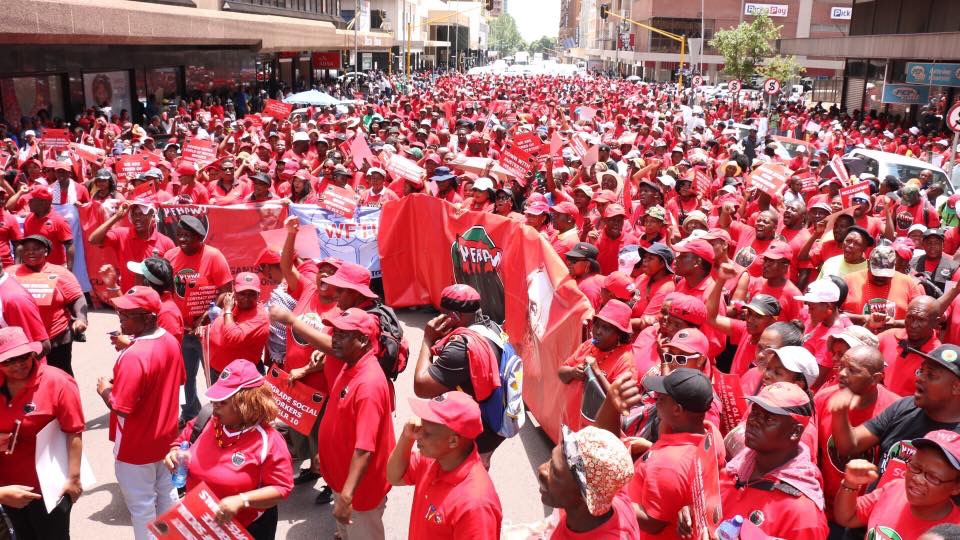 This insult to workers by government will have an adverse effect on the morale of our members and workers while they are in the line of duty during the fight against the virus. Our members and workers are still expected to go beyond the call of duty while facing challenges of working long hours, exhaustion and unreliable public transport. The non-payment of their salary increases proves that government does not value their hard work and resilience while fighting an infectious virus.

As NEHAWU, we find it abhorrent that government does not care about the financial implications of the non-implementation of the salary increase on workers and their families. The cost of living has gone up, all basic commodities like food, medicine and transport costs have skyrocketed in recent times. The spread of the corona virus and subsequent lockdown has not made things easy as it has also place other huge financial burdens on households and their meagre incomes.

In January 2020, medical aid premiums went up as part of their annual increases resulting in our members and workers not receiving the same salary as in December and November 2019. However, workers were anticipating the April 2020 salary increase to cushion the blow. Now that their salaries are not increased it means they are far off than they were last year and this will have a huge impact on their quality of life and the ability to afford basic necessities.

Since the 25th February 2020, the national union has attended almost four meetings with the employer on this matter and we have always emphasised that we will not accept anything that seeks to reverse the gains of workers and subject them to a life of poverty. At our last engagement government proposed that workers must fund the last leg of the increment through money allocated for performance related increase of workers and their capped leaves.

After the ridiculous proposal by government was rejected a dispute was referred to demand the full implementation of clause 3.3 to the bargaining council on 1st April 2020 as per the dispute resolution procedure as entrenched in Section 10 of the same resolution.

The national union after filing a dispute through a referral on the 01st April 2020 had hoped that the conciliation will be set down immediately after the lockdown which was initially announced to end on the 16th April 2020. Now that the lockdown has been extended we have written to the General Secretary of the PSCBC requesting that the conciliation proceed either through a teleconference or video conference facilities as the matter is very urgent on our side.

The union in its National Political Commission meeting convened on the 14th and 15th March 2020 resolved that we must wage a relentless war against government on behalf of our members and workers in general against the brazen reversal of their gains and for punishing workers for sins not of their making by not fully implementing binding agreements signed by both parties at the bargaining council.

Mobilisation of our members for the mother of all fights against the onslaught by government will begin in earnest and once again we want to remind government that the lockdown will not last forever and when it ends NEHAWU and its members and workers in general will emerge militant, strong, energized and inspired to pick up a real fight with government either to render the state system unworkable.

The current resolution did not come easy and our members had to fight tooth and nail to get it. In this regard, we will do everything in our power to defend it and its implementation. NEHAWU will never allow its members to be used as scapegoats because of corruption and neo-liberal decisions taken by our government. We are awaiting the date of the conciliation from the PSCBC and we will continue updating members and workers on developments.