The Congress of South African Trade Unions (COSATU) was launched in December 1985 after four years of unity talks between unions opposed to apartheid and committed to a non-racial, non-sexist and democratic South Africa. At our launch we represented less than half a million workers organised in 33 unions. We currently have more than two million workers, of whom at least 1.8 million are paid up. Even by international standards we have been among the fastest growing trade union movements in the world. Today when most trade unions are facing a decline in membership, we have continued to grow. 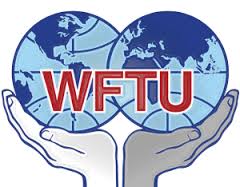