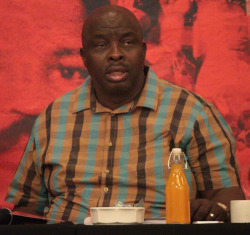 The NEC considered the international context, national political and socio-economic situations including organisational assessment in particular matters affecting our members and the working class in general. What came out of the deliberations is that the union remains a radical, transformative union and a labour movement that remains committed to taking up the immediate concerns of the workers in their workplaces. We also re-affirm our long standing commitment of dealing with broader social and political challenges in the context of fighting for socialism and we still remain a champion of the working class.

The meeting takes places while we are engaged in a struggle to defend and ensure the full implementation of the National Health Insurance [NHI]. NEHAWU will continue to champion its mobilisation programme under the banner “Healthcare is a right and not a commodity” as part of our contribution in both transformation of our healthcare system and the realisation of universal health coverage. The national union will redouble its efforts in pursuing a radical transformation of the healthcare system for the benefit of the working class and the poor. 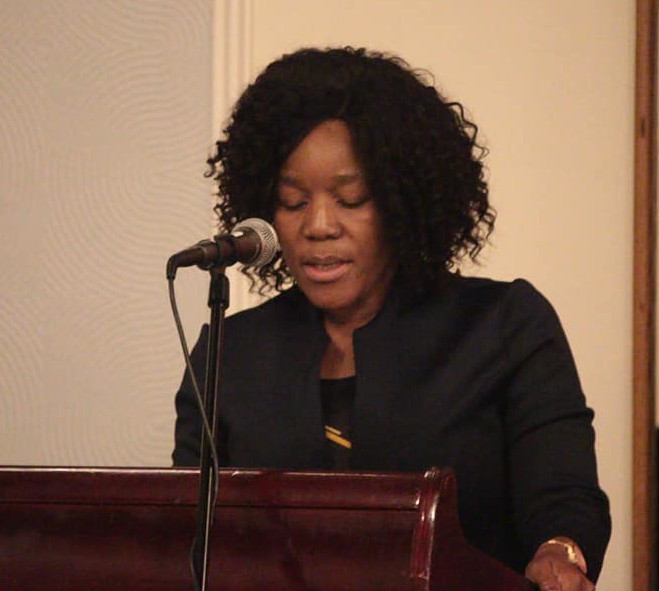 On the first day of the NEC the Statistician-General released the Labour Force Survey, which was followed by the tabling before parliament of the Medium Term Budget Policy Statement by Minister Mboweni this afternoon.

The meeting was deeply disturbed by the fact that the economy continues to shed massive jobs in most of sectors of the economy, and that South Africa’s unemployment rate increased by 0,1 of a percentage point to 29,1% in Q3 of 2019, which is the highest unemployment rate since the QLFS started in 2008.

The NEC expressed its deepest disappointment about the fact that in light of this national crisis and catastrophe of deepening unemployment, widening social inequality, poverty, and deindustrialisation there seems to be no coherent economic strategy or plan to save jobs, grow the economy through a broad-based reindustrialisation agenda. 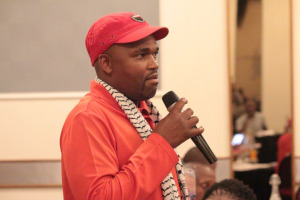 The MTBPS as presented by Minister Mboweni constitute a frontal attack on the agreements of the Presidential Jobs Summit with the austerity measures it is proposing. Its macroeconomic policy framework remains the main cause of low growth, low investments, high levels of unemployment and deepening levels of social inequality.

The economy is expected to grow by 0.5 percent in 2019, per capita gross domestic product is expected to stagnate over the medium term. Treasury seems to be less concerned with a macroeconomic framework that support growth, employment and broad-based reindustrialisation as resolved by successive ANC congresses. This budget policy statements constitute a well-planned attempt to undermine the progressive thrust of the ANC economic policy agenda.

The National Union is fundamentally opposed to the proposed expenditure cuts to the tune of R49.5 billion over the next two years. We view this as frontal attack to the frontline services, which will weaken the state capacity and service delivery to the poor and the working class. These austerity measure have already had a negative impact on school books, medical and food supplies-and capital budgets which finance the construction of roads, dams, hospitals and water treatment plants.

The meeting noted the following with regard to SOE: 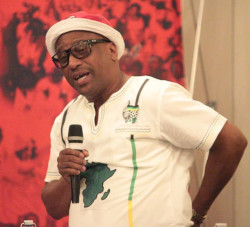 We welcome these interventions to save our SOE’s, the union calls on government to develop a comprehensive turnaround strategy to save these strategic assets. We also welcome the document released by the Department of Public Enterprise, but as the union we remain opposed to the privatisation of these key strategic industries and the unbundling of ESKOM into three entities.

In this regard, the national union will support and partake in the upcoming march by our sister union the National Union of Mineworkers [NUM] to the forthcoming NEC meeting of the ANC to voice our anger against the intention to unbundling of the power utility. Moreover, the national union will also raise sharply the issue of Cde Tito Mboweni who has been running amok and undermining the centrality and existence of the alliance.

The NEC noted and welcomed the fact that: 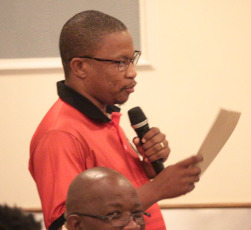 In 2019/20, the Student Housing Infrastructure Programme receives funds to construct student housing at the universities of Limpopo and North West, and King Hintsa TVET college; That the NHI Office over the medium term, will receive increasing allocations for its operational costs Funds will be reprioritised to the provincial equitable share to continue rolling out sanitary towels to learners from low-income households in the poorest (quintiles 1, 2 and 3) schools; Government will reprioritise funding over the medium term, including from the comprehensive agricultural support programme grant, to increase compliance with biosecurity, animal and plant health, and phytosanitary and sanitary standards to improve trade in agricultural exports

The meeting expressed concern that the MTBPS seems not to have increased or capitalise the implementation of the reimagined industrial policy in line with the jobs summit agreement.

On the public service wage bill 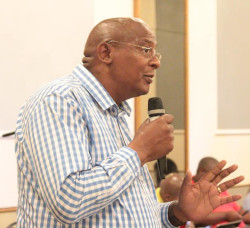 We remain deeply concern by the reactionary, conservative, anti-worker stance and public posture of Treasury on this matter. The continued attack on the gains of workers, irresponsible utterances that are made by treasury officials outside proper wage bargaining forums must be viewed by all progressive South Africans as an attack on the institutions of constitutional democracy.

We remain stead-fast, unwavering, we will mobilise the broader South African Society and all progressive forces against this malicious agenda and under-hand tactics of the remnants of an undemocratic 1996 class project. Moving forward, NEHAWU will soon make a call through COSATU, for the building of a Popular front against neo-liberal macroeconomic policy agenda and for a progressive macroeconomic, industrial and social policy agenda, which must include all progressive forces.

On the international front 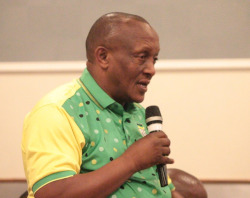 The NEC discussed the world capitalist crisis and the unfolding struggles of resistance by the peoples in major cities throughout the world. It took into account that there is a persisting lack of economic recovery in many countries, partly also due to governments continued bad economic policy choices, which are invariably inimical to poverty reduction and to lessening inequality. The necessary growth rates that can underpin the desired job creation targets and reduce unemployment are not being attained. The current rates being heavily extolled, still remain far below pre-crisis growth levels.

The fact that in spite of protests and strikes, capitalists are insisting on administering the same austerity policies that led to the crisis in the first instance, is itself an indication of serious ideological decadence of capitalist based solutions to dealing with challenges of contemporary world economy.

The unprecedented historic strike by public service employees for Cost of Living Adjustment, which are tied to the King’s authoritarian politics and luxury lifestyle are welcomed. We will supports the Thursday, 31 October 2019 demonstration against union bashing and state-sanctioned police brutality on workers by the Mswati regime. 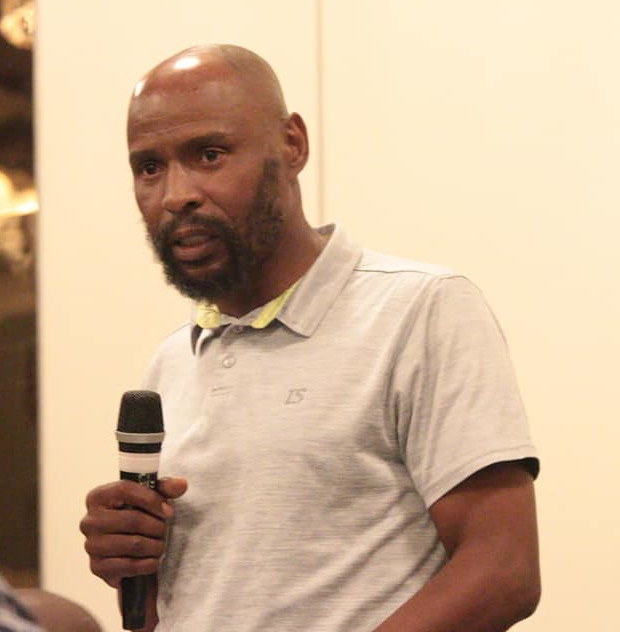 The US President Donald Trump decision to strengthen the measures of strangling Cuba’s economy, especially the activation of Title III of the Helms-Burton Act was condemned by the NEC. In this regard, the General Secretary led a working delegation to strengthen relations with Cuba. It held discussions on the role of NEHAWU in promoting the lifting of the American genocidal blockade. The delegation praised Cuba’s health system and serious advances in scientific and medical research. It learnt of the devastating impact of the US blockade in scientific research and development, especially in clinical treatment of chronic diseases such as cancer and diabetes. We reiterate our call for the immediate dismantling of the illegal blockade against Cuba.

The NEC condemns the persisting imperialist attacks on Venezuela and all pretexts for US intervention in a sovereign Venezuela for internal electoral political capital and reaffirms our international solidarity in defence of the Bolivarian revolution against US aggression and imperialism.

The union expresses its solidarity with the Kurds and will participate in actions in the week of 2 November against the aggression of Turkey and for their right of the Kurdish people to determine their future. We are deeply concerned by the ANC decision to conclude a memorandum of cooperation with Turkey President Erdogan’s AKP, a political party completely the opposite of the ANC. It is our view that the solution to this blunder and to preserve Madiba’s legacy who refused to accept any award from Turkey, the ANC should rescind the signed memorandum.

The NEC expresses solidarity with the peoples struggles directed against reactionary anti-worker policies in Swaziland, Zimbabwe, Sudan, Brazil, Greece, Philippines, France, Germany, Spain, Iraq and others. We remain in solidarity support with Swaziland, Cuba, Venezuela, Western Sahara, Palestine, Kurdish people and the Basque Country in the struggles to restore their rights.

NEHAWU notes the closure of the Israeli embassy in South Africa. We welcome this and add our voice to those like the BDS who are calling for its permanent closure. Israel must read the writing on the wall: apartheid is expensive and they must end it immediately!

The NEC discussed the promotion of the work of WFTU in Africa and is noting the intensification of a serious onslaught against the class-oriented trade union movement in Africa. It expressed its best wishes for the World Federation of Trade Unions (WFTU), Trade union International on Public Services (TUI-PS) in its forthcoming 13th congress on the 16-17 November 2019 in Larnaca, Cyprus. In this regard, the General Secretary will lead a delegation of the union to the TUI congress in the interest of struggles for preserving and strengthening the public services in our countries.

The NEC meeting reaffirmed its support for the effort by President Cyril Ramaphosa for unity of both the African National Congress and the alliance. The unity of the ANC is sacrosanct more than ever considering the current state of the National Democratic Revolution [NDR] and the struggle to bring betterment to the working class and the poor. In order for the alliance to decisively pursue an agenda to build a better life for all it will need a united movement that is preoccupied with improving the lives of the country’s citizenry. Factional battles currently stands to completely obliterate the Mass Democratic Movement [MDM] and reverse the gains made in the past 25 years.

The meeting condemned the unilateral publication of the neoliberal economic discussion document by Treasury which is totally different from the outcomes of the ANC 54th National Conference and the 2019 National General Elections Manifesto commitments. The national union has been extremely worried about the conduct of Cde Tito Mboweni for a very long time and the lack of appetite by the leadership of the ANC to reign him in. We hold a strong view that Cde Mboweni has totally no regard for both the ANC and the alliance. In this regard, we will lobby our federation COSATU to call for an urgent alliance summit to discuss this perpetual undermining of the tripartite alliance, reconfiguration of the alliance and the economy at large including pressing labour issues.

The meeting condemned the continue rise in political killings in the country and called for police to arrest those responsible for these heinous crimes. NEHAWU calls for political tolerance and hope that the killing of people based on their political affiliation will be a thing of the past including the killing of whistle-blowers who assist with the uprooting of the scourge of corruption.

We look forward to the outcomes of the congress and we will meet POPCRU to engage on a clear joint programme to defend jobs in the public service. Lastly, we wish POPCRU well for their 30th anniversary rally which will be held at the Curries Fountain Stadium in Durban on the 9th November 2019.