During his tenure as Limpopo’s provincial chairperson, Cde Shingange served on a number of bargaining chambers mostly the General Public Service Sectoral Bargaining Council where he is the vice chairperson of labour. He also saved in Public Health as negotiator and vice chair of lablour from 2012 to 2018. He is also a PEC member of the SACP from 2016 to date.

At NEHAWU’s Special National Congress in June 2014, Cde Shingange was elected as the first deputy president.

At the 13 th National Congress of COSATU, he was elected first deputy president.

At the NEHAWU 11th National Congress held in June 2017, he was re- elected as the 1st Deputy President.

At NEHAWU’s 12 th National Congress in November 2021, he was elected as the President of NEHAWU. 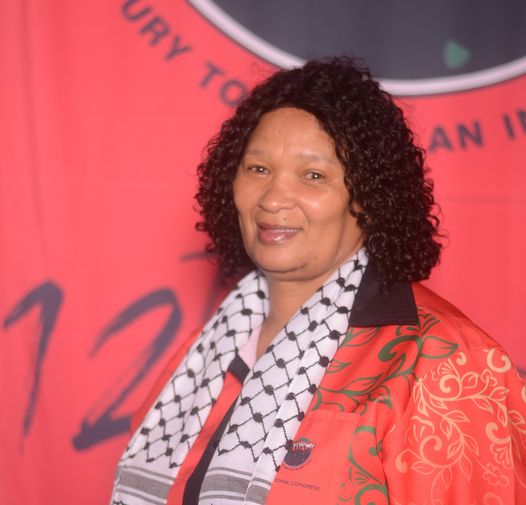 She started as a NEHAWU shopsteward from the Department of Health in Bisho Hospital branch in the Eastern Cape in 1998 -2004. She was appointed to be a Acting Regional Treasurer of Max Madlingozi region up until she was elected as the Regional Treasurer from 2005 to 2009

She started her activism with the African National Congress by participating in the Health Substructure at Leon Meyer branch (ward 43) in Bisho.

She did the Higher Certificate in Economic Development from the University of Western Cape from 2006 - 2009.

At the NEHAWU 11th National Congress held in June 2017, she was re-elected as the 2nd Deputy President. 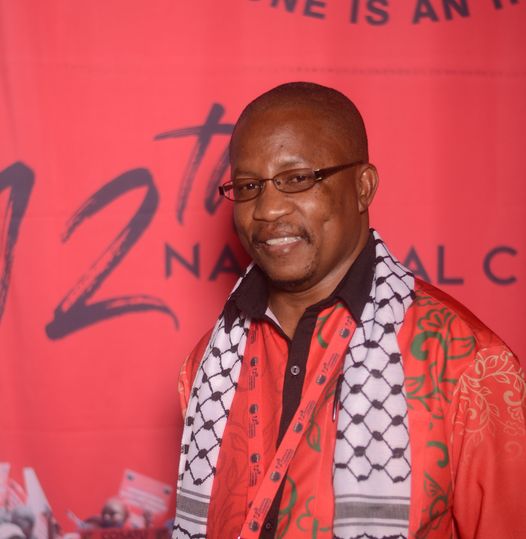 Cde. Patrick Babsy Makhafane was born in the North West Province, a town called Lichtenburg at the developing area called Bodibe about 4 and half decades ago!

He then attended the primary education at Makgwe Primary School in Bodibe and later Diphetogo Lower Primary School in Jouberton Location in Klerksorp; later moved to Tshedisehang Public School in Kgotsong Location in Bothaville in the Free State Province where he later matriculated in 1998 in the then Dr. ML. Maile Secondary School!

Post matric he studied Labour Relations Management through UNISA and later Paralegal through Southern Business School and he continues to study through the same institution to date!

Cde. Patrick Babsy Makhafane started working for the Public Service on the 3rd February 2004 at the Provincial Laundry Services, an institution of the Department of Health in the Dr Kenneth Kaunda District, this institution is also a NEHAWU Branch located in Benji Olifant Region in the North West Province!

Cde. Makhafane immediately joined NEHAWU on the 3rd February 2004 upon resuming employment in the Public Service and remains a member to date!

In 2013 in May he was elected a Provincial Secretary of NEHAWU in the North West Province, a position he held for eight (8) years leading to November 2021! Effectively post being elected the Provincial Secretary in North West, he concurrently served as the Provincial Executive Committee member of COSATU until November 2021! He led an era (2013 - 2021) characterised by vibrancy; militancy; membership growth and unprecedented level of campaigns in the North West Province!

In November 2021 he was then elevated by Union members from all nine Provinces to serve as the Unions’ National Office Bearer (NOB), Second (2nd) Deputy President a term resuming immediately after the 12th National Congress right through to the next National Congress!

Cde. Patrick Babsy Makhafane subscribes to and is guided by the motto, “Unity of the Workers is the indomitable Strength of the Workers and the Working Class”

Comrade Kgomotso Makhupola - National Treasurer Of NEHAWU THE National Treasurer Of NEHAWU Kgomotso MkhupolaKgomotso Makhupola joined NEHAWU in 1998 when she commenced work at Tara Hospital as a Typist. In the same year, she was elected as the Branch Treasurer. Her commitment to the worker demands saw her being elected as the Branch Chairperson in the next Branch Congress. At that point, she became the Greater Johannesburg REC delegate.

Her fierce outspokenness as a shopsteward earned her the respect and confidence of her fellow comrades in the REC. She was then elected as the Acting Regional Treasurer in 2004. In 2006, in the GJHB 2nd Regional Congress, She was elected as the Regional Secretary.

She held this position until her election as the National Treasurer in June 2014. Her leadership capacity can be traced on how well she managed the sophisticated, dynamic and challenging GJHB Region. Under her stewardship, the Region increased its membership, had programs in line with the CEC P.O.A, united the broadest section of branches and inculcated a culture of professionalism and hard work amongst staff members. As a Gauteng PEC delegate, she contributed to the unity of the NEHAWU in the Province. The re-naming of the GJHB Region remains one of the highlights of her tenure as the Regional Secretary.

As the Regional Secretary, she was known of consistently delivering comprehensive, well-written and high-quality Organizational Reports to the RECs. As an activist, having grown up in Orlando, her revolutionary working-class posture was shaped in struggle in the late 80's. She is currently serving as the ANC Chief Makana Branch Treasurer. She is a member of the SACP in Linda Jabane District.

Since her appointment as a public servant, she has pursued an illustrious academic career, and improved her worth as a worker. She has a Diploma in Public Relations (Allenby), Certificate in Human Resources Management (Damelin), Advanced Computer Literacy Certificate (Pretoria University) and Telephone and Reception Skills (Rosebank College).

She is a product of the NEHAWU-sponsored Women Leadership Course. It is from this programme that she attained the Certificate in Economic Development from the University of the Western Cape.

At the NEHAWU 11th National Congress held in June 2017, she was re-elected as the National Treasurer.

He became active in politics from a young age, when he was involved in the Congress of South Africa Students {COSAS}, where he led COSAS at School until he led the Province of the Eastern Cape as a Chairperson. After graduating from COSAS, when he arrived at Nelson Mandela Metropolitan University formerly known as Port Elizabeth Technikon College Campus, he joined SASCO. A year later, he served in SASCO as the Regional Chairperson of Port Elizabeth region and year later got elected as the Eastern Cape Provincial Secretary of SASCO. His activism in SASCO saw him being elected to serve in the SRC as Deputy President and later acted as the President of the Port Elizabeth Technikon and served for two terms as the Secretary General of the South African Techinkon Student Union (SATSU). At the time, he served as a council member of the Port Elizabeth and Council of Higher Education Transformation Advisory Board and as a National Coordinator of the merged National Student Unions, namely: South African Student SRC (SAU and SATSU) into Student Federation which culminated to the establishment of South African Union of Students as currently known SAUS.

Due to his activism he got elected as the ANC Political Commissar of Pankie Dobo branch during the period of 1990 to 1994 and got elected in the ANCYL KwaZakhele Zonal and Regional Executive Committee in PE respectively. In the same period, he got elected as the Regional Deputy Chairperson of the National Education Coordinating Committee (NECC). Cde. Zola’s activism in student and youth politics developed a passion in him on building an alternative education system model towards the transformation of higher education landscape in the country, which would be centred on People's Education for People's Power.

On his first employment, he joined the National Education, Health and Allied Workers Union (NEHAWU) and was elected as a shop steward and later co-opted into the branch executive committee. After the merger of two Universities (University of Natal and Durban Westville) in 2004, he was elected as the Branch Chairperson of the Durban Westville branch which is the main campus of the University. His activism at UKZN in NEHAWU saw him serving in different committees of the union in the province of KwaZulu-Natal province and that saw him being elected to serve as the Provincial Chairperson of KZN in July 2008.

Given his commitment to the struggle of workers and the working class revolution, he got elected into the South African Communist Party as a member of the Provincial Executive Committee of Moses Mabhida (KZN) in 2018 where he is still serving to date.

With his international contributions and role in the class-oriented World Federation of Trade Unions (WFTU) he got elected as the General Secretary of the Trade Union International of Public Service and Allied workers, the biggest sector component of the WFTU in November 2019. By virtue of holding this position, he becomes a member of the WFTU Presidential Council.

Comrade December Mavuso has served in the National Union {NEHAWU} for over 15 years and occupied various roles in the process. In brief amongst the various roles, he was first elected as NEHAWU shopsteward in 1996 whilst working for the Department of Education in Mpumalanga.

The same year, he was elected Branch Deputy Chairperson because comrades had identified leadership qualities in him and in 1999 was appointed as Branch Organiser. Following the realignment process that saw the establishment of regions, he served as Nkangala Regional Organiser until 2003 when he was elected as Regional Secretary.

In 2006, Comrade Mavuso was appointed Acting Provincial Secretary and subsequently elected in the position in 2008. In 2011 he was deployed by the Union to the Organising and Servicing Department {OSEC} to come and assist in strengthening the organising department and helped to develop the new organising and recruitment strategy the same year.

At the 11th National Congress held in June 2017, he was elected as the Deputy General Secretary.