NEHAWU Statement On The 2019 Matric Results 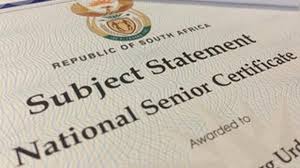 The National Education, Health and Allied Workers’ Union [NEHAWU] welcomes the 2019 National Senior Certificate [Matric] results as announced by the Department of Basic Education this evening.

We congratulate all learners, their families, school governing bodies and all other relevant stakeholders for their collective effort to ensure improvement in the matric results. We also congratulate our ally and sister union, the South African Democratic Teachers Unions [SADTU] for their sterling while working under very harsh and unfavourable conditions.

NEHAWU urges learners who did not do well to consider the Department of Basic Education Second Chance Matric Re-write programme and other programmes offered by the National Youth Development Agency [NYDA]. The national union appeals to families to offer support to such students as they tend to hurt themselves as an escape from shaming from parents and fellow learners.

The national union will continue to intensify its long standing call for a more radical and decisive approach in ensuring that the country implements a single-effective coordinated education system that does not disadvantage children from poor families and favours only those with deep pockets. In this regard, we will continue to work with both SADTU and the Progressive Youth Alliance [PYA] to wage a relentless war in defence of students from poor backgrounds who are being marginalised by the education system 26 years since the dawn of our democracy. Moreover, NEHAWU will intensify its call for the Department of Basic Education to implement a national independent examination council which would, in part, lead to a single matric examination that would do away with the National Senior Certificate [NSC] written by pupils in the public education system and the Independent Examination Board [IEB].

We welcome the announcement by the Minister of Higher Education and Training and who also serves as the General Secretary of the South African Communist Party [SACP] at the 25th Joe Slovo Annual Commemoration yesterday that all students who qualifies for assistance from the National Students Financial Aid Scheme [NSFAS] will indeed receive help from the scheme. However, NEHAWU continues to hold a strong view that we need a thorough discussion on the NSFAS model characterised by management and policies orientated to a loan scheme system which is a complete contradiction to free education subsidiary scheme. In this regard, we will intensify our call for the governing party to implement its resolutions on higher education as a matter of urgency and we hope the African National Congress [ANC] will use the 108th Anniversary celebrations to be held this coming weekend in Kimberley to address this important and urgent issue for the benefit of students especially those from poor and working class homes.

As is always the tradition, we will join the South African Students Congress [SASCO] Right to Learn Campaign as part of assisting both prospective and returning students to gain access in all institutions of higher learning and to ensure that the doors of learning are open for all academically deserving students.