The National Education, Health and Allied Workers’ Union [NEHAWU] is inviting the media to cover the NEHAWU National Day of Action which will take place tomorrow [Thursday September 3, 2020] at 12pm across the country.

The National Day of Action will be in the form of demonstrations which will be directed to the Presidency at the Union Buildings, National Parliament and the nine offices of the Premiers in provinces.

Details of the demonstrations: 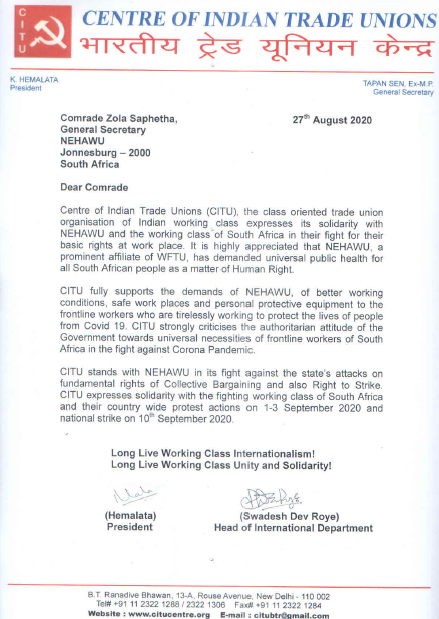 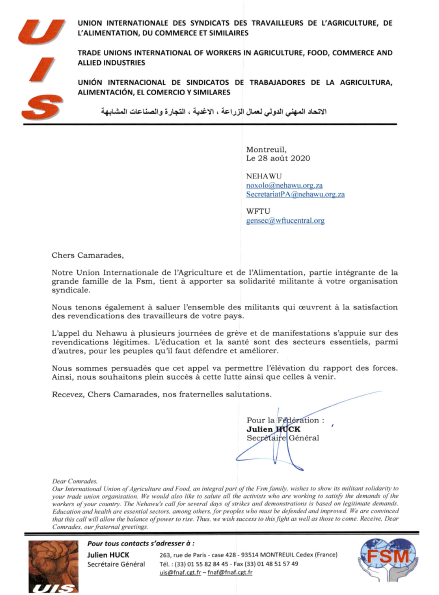 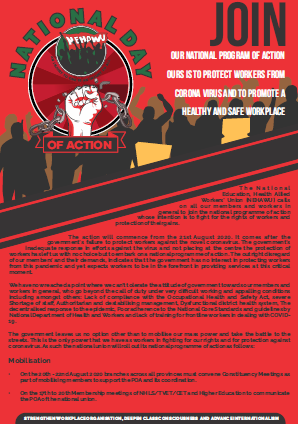 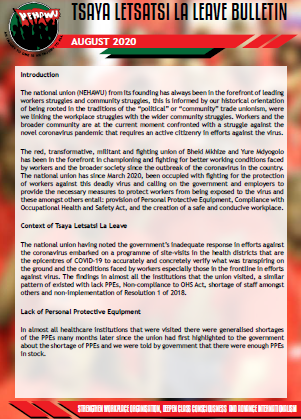