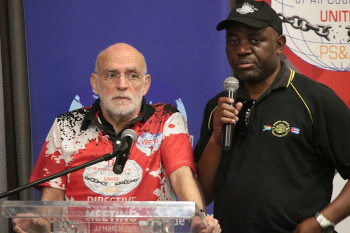 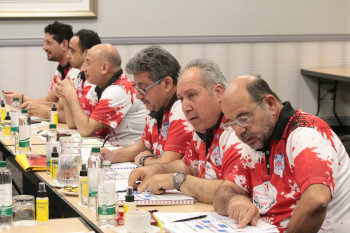 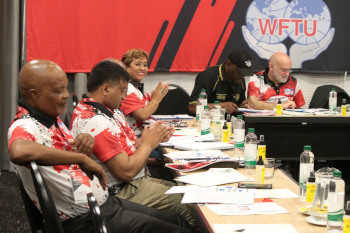 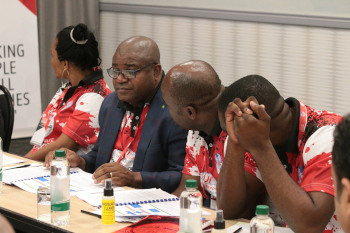 The meeting is convened under the theme “Working people of all countries unite”. The directive committee is the leading regulatory body of the TUI in between congresses and will conclude its work tomorrow [12th March 2020].

The Directive Committee Meeting will discuss and adopt a plan of action for the next four years. It will discuss the status of public services globally in the light of the increasing attacks by the capitalist class on public services, the neoliberal restructuring accompanying it, precarious work, low wages, taking away the social functions of the state, the rescinding of collective bargaining agreements, the reduction of health and safety in the workplaces and occupational accidents, with workers being compelled to work long hours.

The plan of action will direct the TUI and militant class action in meeting the most basic needs of workers. The plan of action will also strengthen anti-imperialism action; trade union rights; anti-privatisation campaign; collective bargaining and social security campaigns; trade union education; workers unity and solidarity and the rights of the youth, women and immigrants

On this occasion, a program will be launched to celebrate the 75th anniversary and the growth of the militant class-oriented trade union movement, the WFTU.